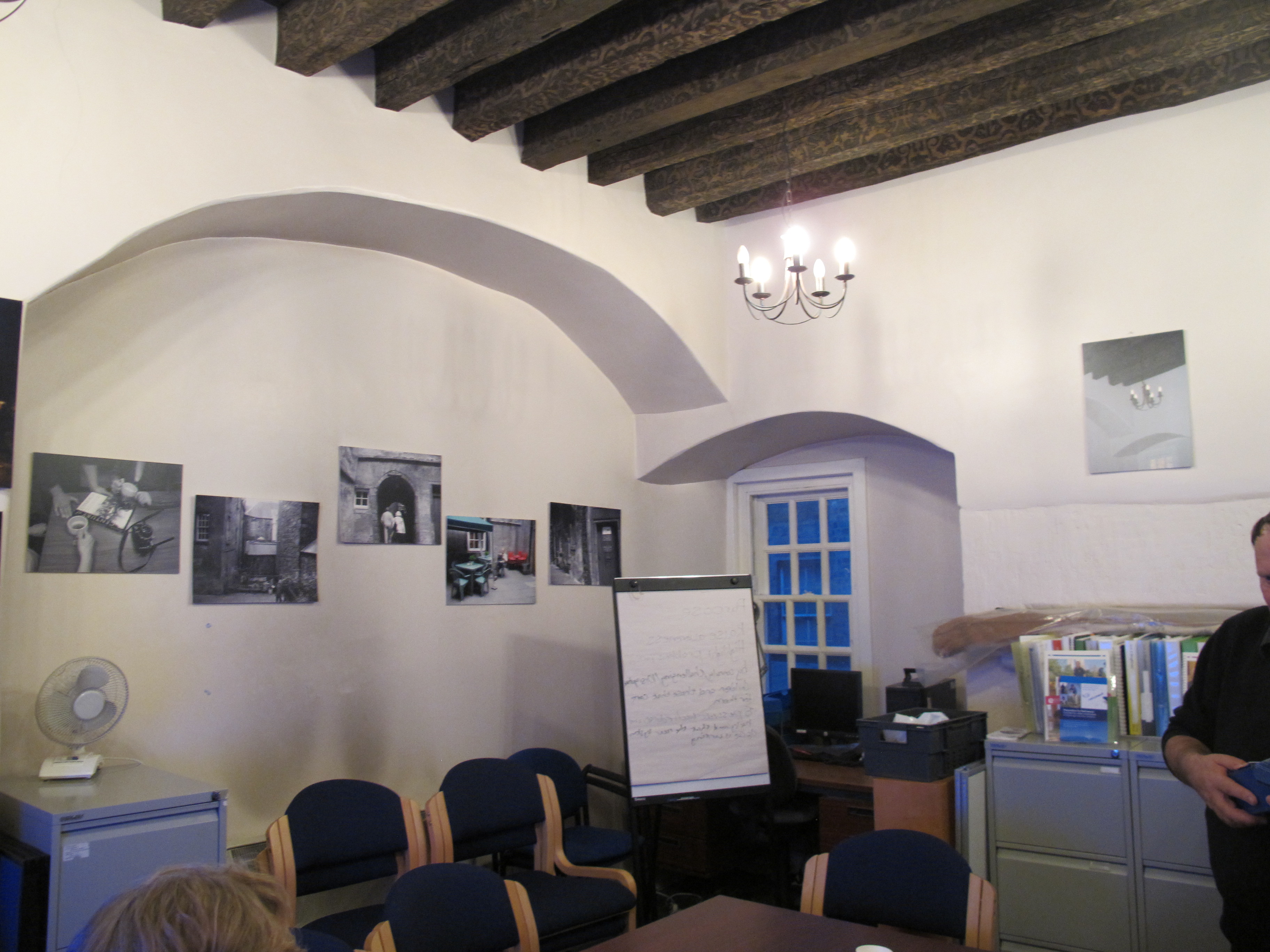 Introduction – Project Brief
This research aims to progress the understanding of the interiors of Riddle’s Court to inform their conservation and representation. The current research programme was divided in two phases.
Phase 1 Establish the decorative history of the McMorran Room (F08), Geddes Room (F09), Sefton Room (F10), Stair (F06 & G13), the Orwell Room (G08) (Phase 1) and Turnpike Stair (03).
Phase 2 The King James Room/Beam Room (F02) and the Norie Room/King Charles Room (S03) & Ante Room (S02) to the Norrie Room was carried out when these rooms were vacated by their tenants. 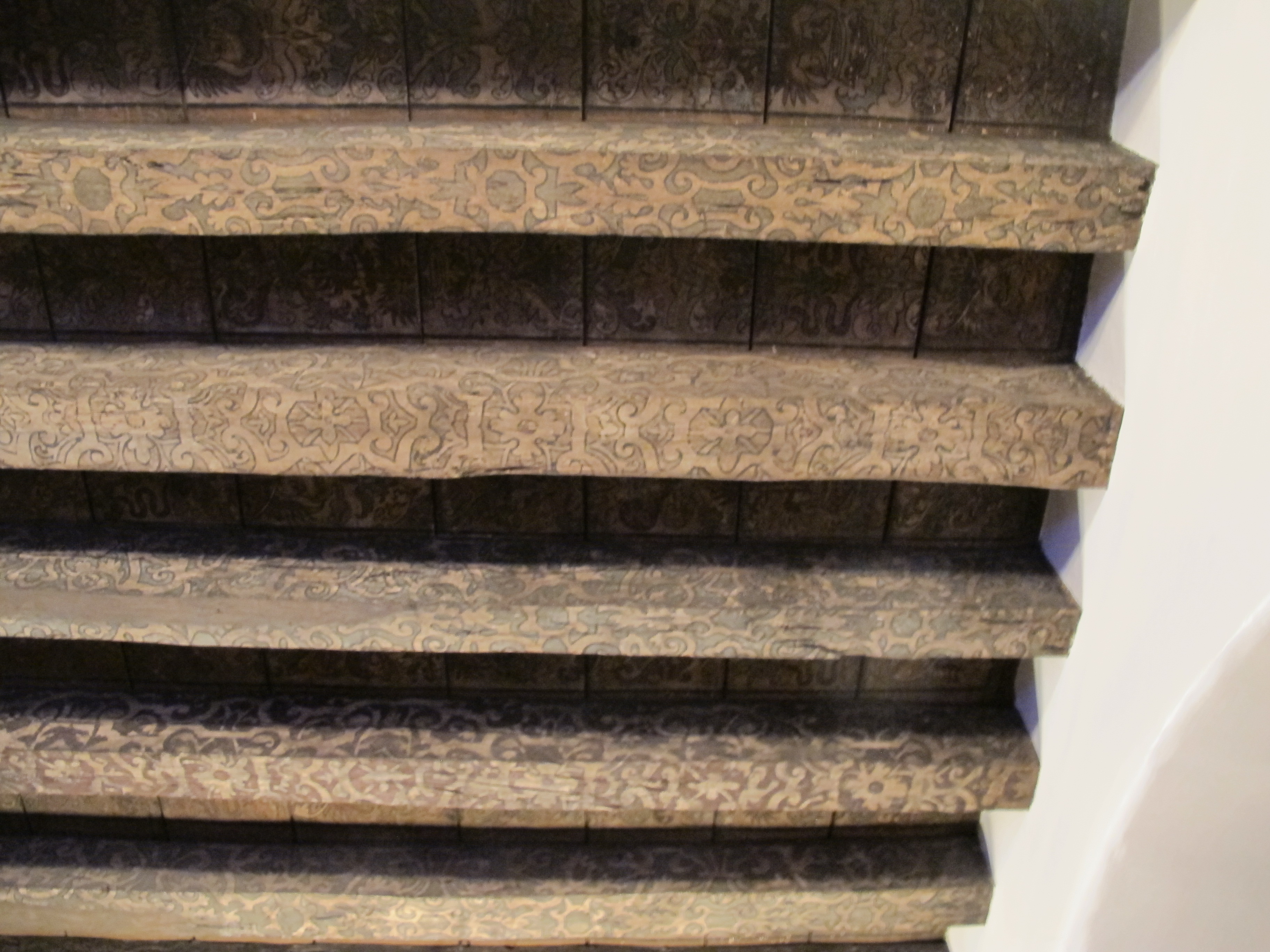 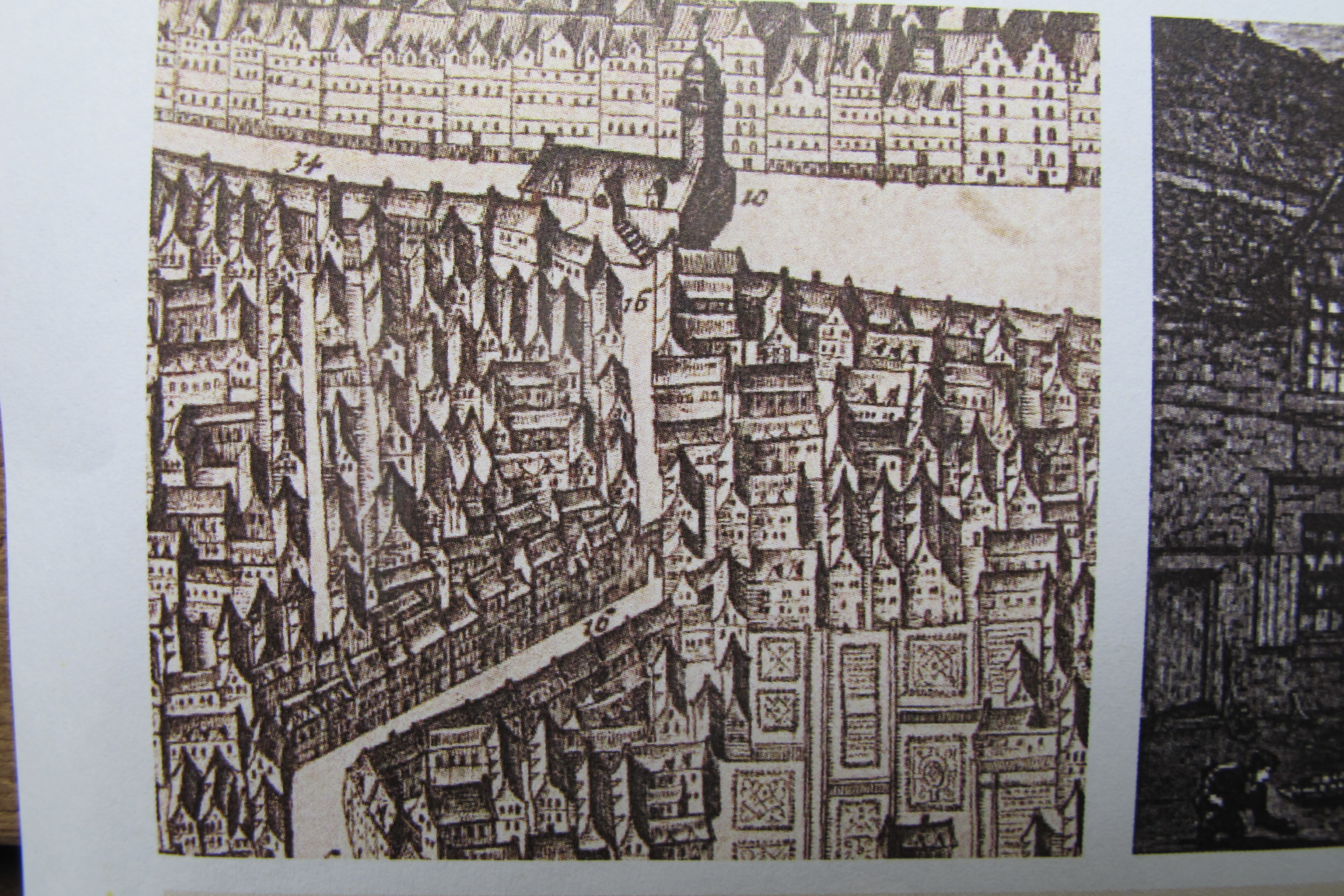 Background
Riddle’s court is a significant A-listed building situated on the Royal Mile in the Old Town of Edinburgh. In September 2011 the Scottish Historic Building Trust (SHBT) took up tenure of the building to redevelop the building as the Patrick Geddes Centre for Learning and Conservation. The building has undergone an exceptional level of alteration and adaptation since it was first built in the 1580s and 1590s. Significant gaps in the historical development have been identified, particularly the original 16th plan form and later 17th and 18th century alterations. There are several anomalies in the current layout of the building complex, which include different floor levels, truncated staircases, and architectural features surviving from different periods, which are not yet fully understood. The Historic Building Survey carried out by CFA Archaeology Ltd. (August 2013) has identified misunderstandings in earlier interpretations of the buildings development. The CFA report has identified sections of the buildings, now lost, which help clarify the history and use of the existing interiors

The Great Tenement evolved from a series of existing buildings and new buildings erected by John McMorran from 1584. The North Block (the fore tenement), situated behind the Lawnmarket shop frontages, was built for use by McMorran and his family. The South Block (the back tenement) was leased to tenants. The development plan drawn up by CFA provides an impression of the building c.1616. The plan marks the position of four original turnpike staircases. An understanding of the original plan and circulation routes explains differences in floor levels and other anomalies in the interiors. Key to understanding the existing building is an awareness of the demolition and loss of the earlier structures and previous room arrangements.

History of King James Room – Structural Development of the Room

The original arrangement of the Beam Room otherwise known as King James Room has yet to be established. It is thought that in the late 16th century this was a larger high status room which marked the end of a processional route. The route began in the internal courtyard, led up an external staircase, through a pented gallery and a large hall. There was also a turnpike stair in the NW corner which was associated to the Forret Wing (later demolished) which probably provided access to the King James Room. The original windows were replaced from the 17th century. The western window on the north wall may have been a doorway which connected directly with rooms in the Forret Wing. It is suggested that this room was connected to the McMorran Room via a doorway in the west end of the south wall. The low floor level of the McMorran Room supports the theory that it originally formed part of the North block. There is evidence of a blocked doorway in the south wall (See 1960s record photography). This doorway was blocked in the late 17th or 18th century when the walls of the room were lined with panelling and the ceiling was covered with lathes and plaster.