Research is being carried out carried out to establish the original decoration applied to the panelling of the Carved Room at Burton Constable. The earliest carved elements within the room have been dated to c.1730 – this observation is based on stylistic analysis.  The room appears to have been originally fully lined with wainscot panelling. The room also contain joinery elements added at a later dates. A section of dado rail (measuring 86cm in length) was sent to HIRC for further investigation. 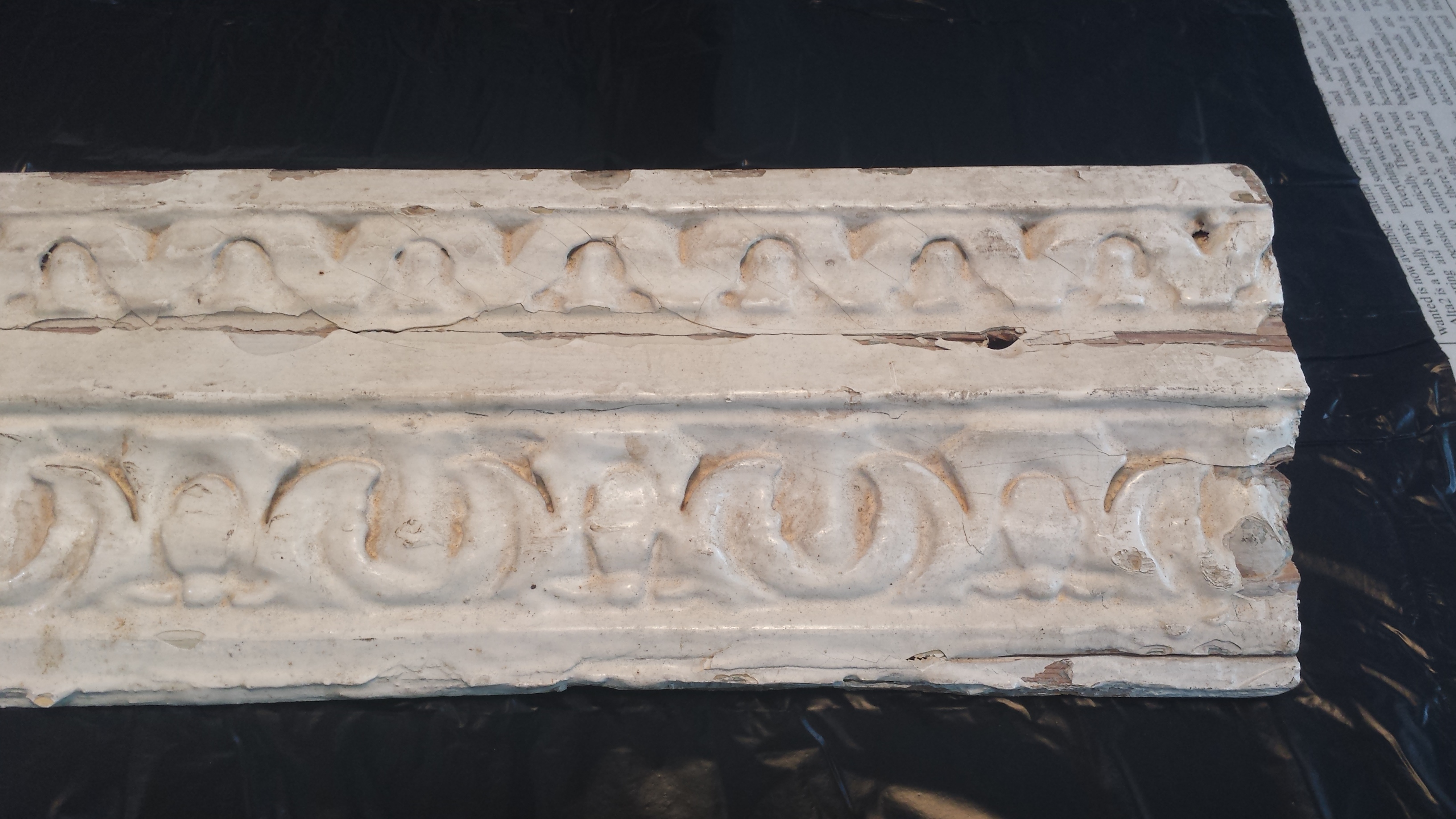