Background & Brief
Research was commissioned to examine the paint residues visible in places on the surface of the carved panel lying beneath a thick application of tinted/discoloured varnish, and comment on the composition and date of the paint.

The quatrefoil panel is made of oak which appears to be of a considerable age. Stylistically the panel has been dated to the late fifteenth/early sixteenth. The panel is carved with a figure of an angel (or winged man) holding a scroll. This has been identified as motif of St Matthew the Evangelist. As such the scroll would have originally borne the name of St Matthew. It is convention of Christian art to depict the evangelists as one of the four living creatures of Revelation 4:7, an angel (winged man), a winged lion, a winged ox, and an eagle. The panel is probably one of a set of four.

The panel bed bears has four large nail holes which suggest that it was at some time horizontally fixed to a ceiling. The surface of the existing varnish is pitted suggesting that it was applied while the varnish was fixed to ceiling.

The quality of the carving is very high. The figure has been carved with very intricate details. 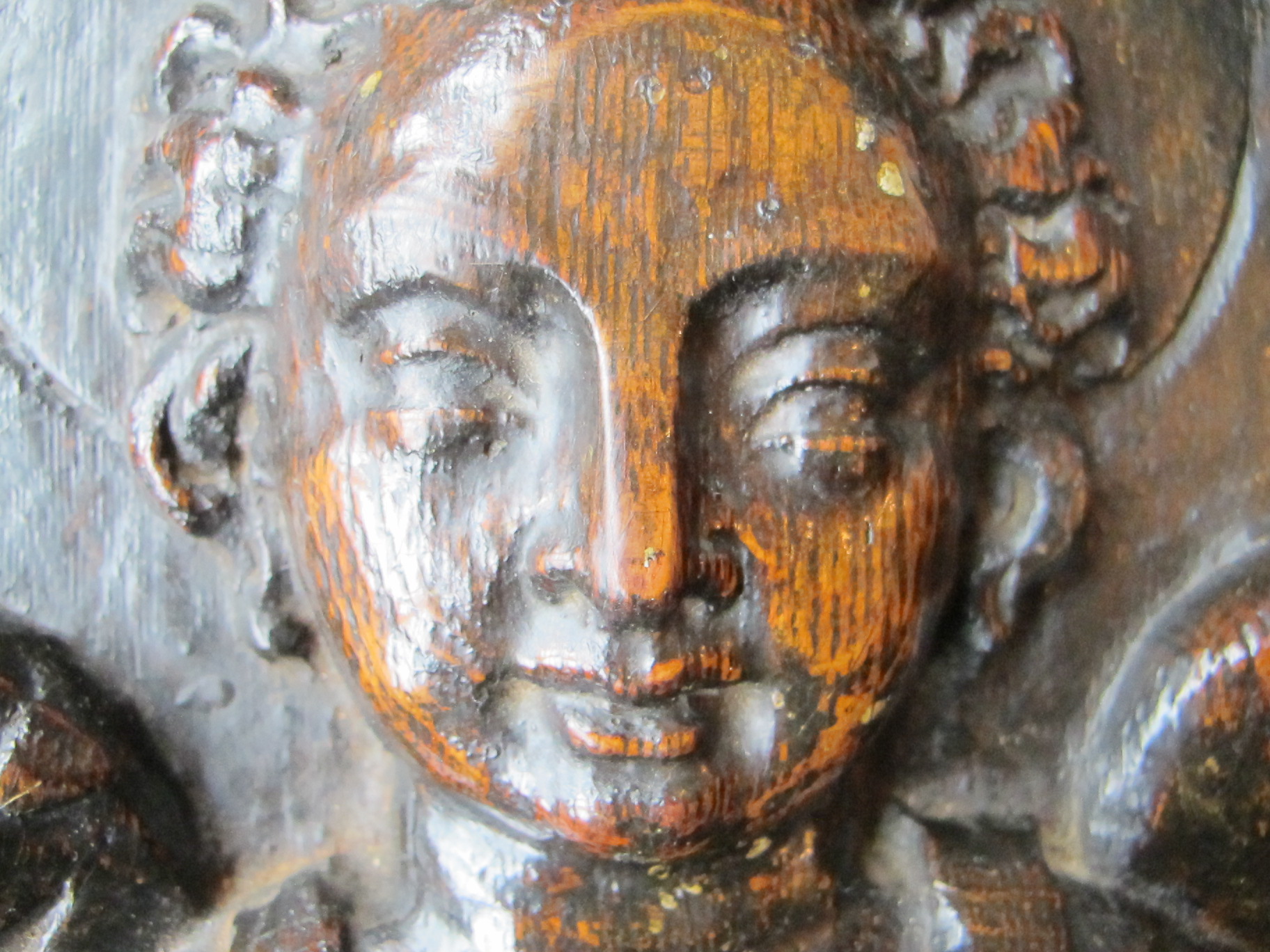 Conclusion
The age, style and iconography of the oak panel suggest that it dates from the late fifteenth/early sixteenth century. The range of pigments found on the surface of the panel and their appearance (coarse texture) support this dating.

Original Decoration
Examination of the five paint samples suggests that the background of the ceiling was painted in clouded blue sky with the angel painted in life-like colours. The wings were painted in a deep yellow flecked with gold leaf. The quatrefoil border of the panel was painted in light ochre and black

Second Decorative Scheme
The pigments observed in the second scheme suggest that this decoration may have been applied during the fifteenth/sixteenth/seventeenth centuries. It may be speculated that the over-painting of the original scheme was carried out after the Reformation to disguise the meaning of the panel.

Existing Varnish
It is suggested that the existing layer of varnish was applied after an attempt had been to remove all traces of the painted decoration.