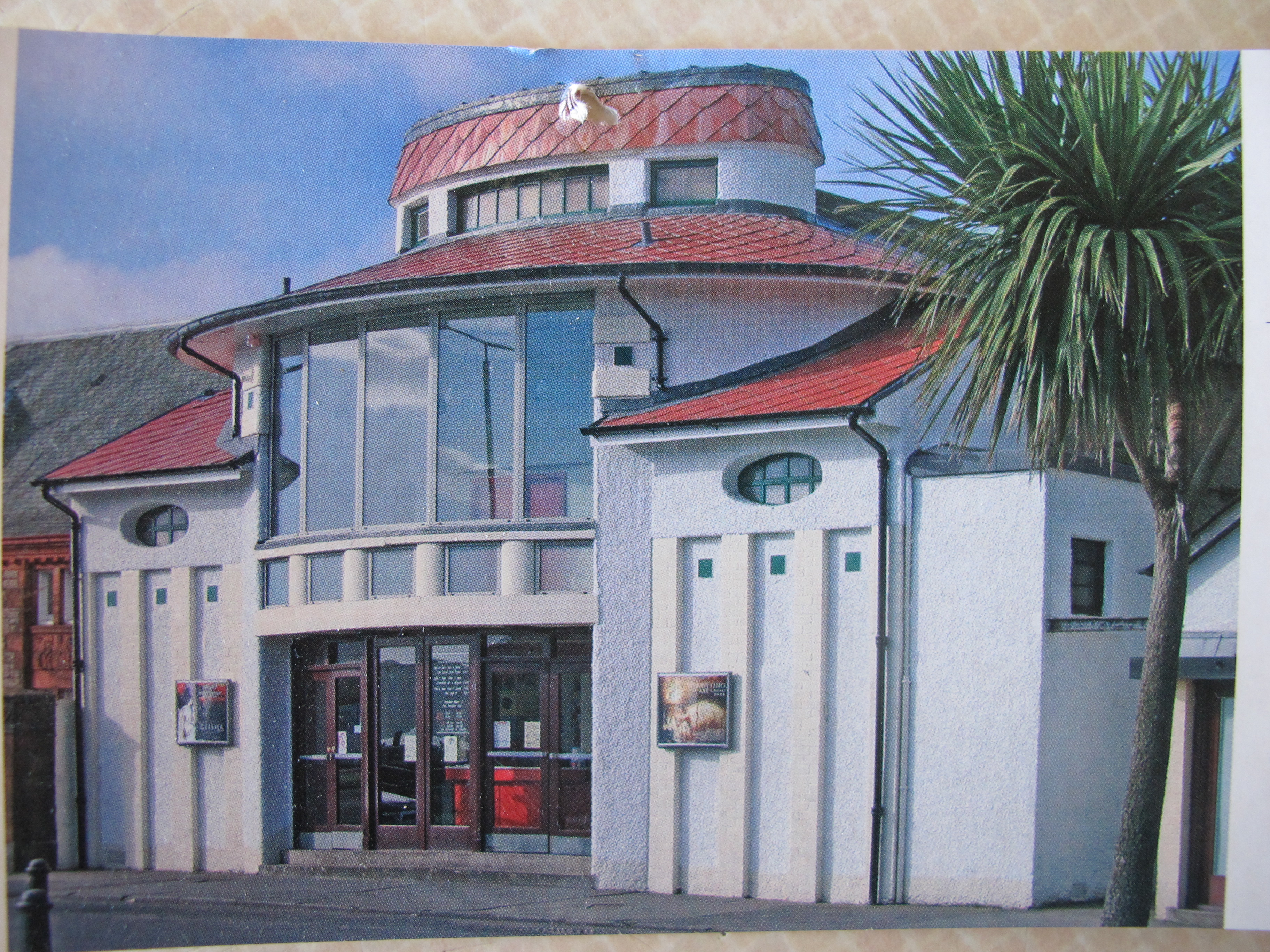 The Picture House in Campbeltown is an important and rare example of an early purpose-built cinema in the UK. It is listed Category A. The building was designed by the Glasgow based architect. Albert V Gardner and opened in 1913. The Argyllshire Herald announced the opening of the Picture House in May 24th 1913. The reporter had been given a sneak preview of the interior and was impressed by the tip up seats and the bright electric lighting. He notes that ‘The colour scheme is decidedly attractive, but there is considerable painting and touching up to be done.’ There are no descriptions or photographs of the appearance of the interiors of the cinema when it opened in 1913.

The original architect Gardner was responsible for overseeing the redesign and refurbishment of the building which was carried out in 1934. These alterations included structural alterations to the interiors such as the extension of the balcony, new exits to the service rooms, new lighting and ventilation systems. These works also included the enlargement of the existing dressing rooms to create new offices which were faced with the ‘atmospheric features’ or ‘wee houses’ which flank the proscenium arch. These two features, in the style of a Spanish Mission (left) and a half-timbered Tudor (right) are very significant as they are the last surviving examples of such features.

A fairly detailed estimate of the proposed redecoration of the interior and exterior of the building, dated 1934, provides an indication of the decorative scheme that was probably applied at this time. (See chart below). It is evident that since the 1934 works, the building has undergone further alteration and has fallen in to a state of disrepair. The list description notes that the existing seating was installed in the 1950s/1960s and was recovered in the 1980s. Examination of photographs of the interior suggests that at some date after 1934 the walls and ceiling were re-plastered using a textured ‘Artex’ type material. This is now flaking. 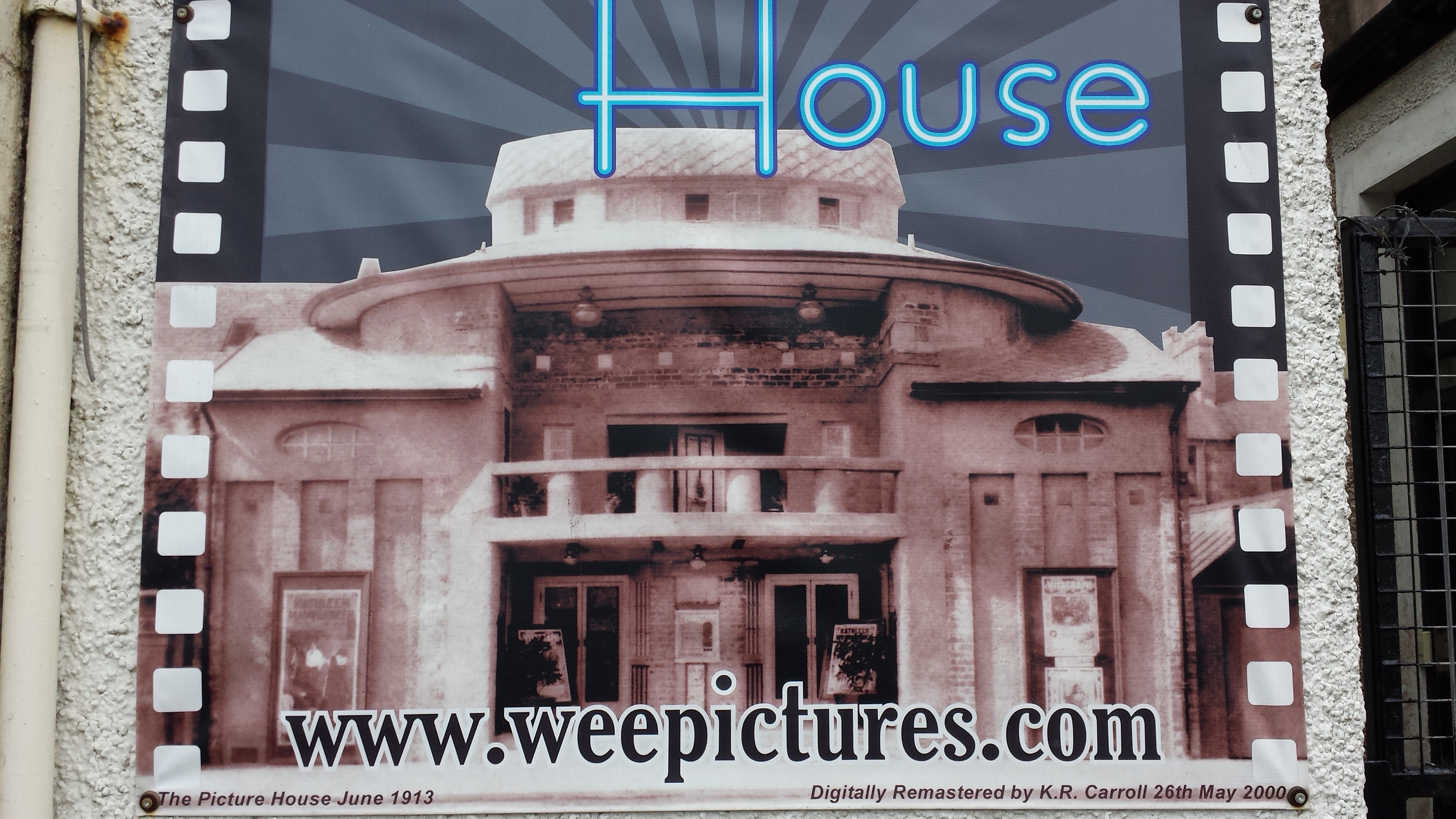 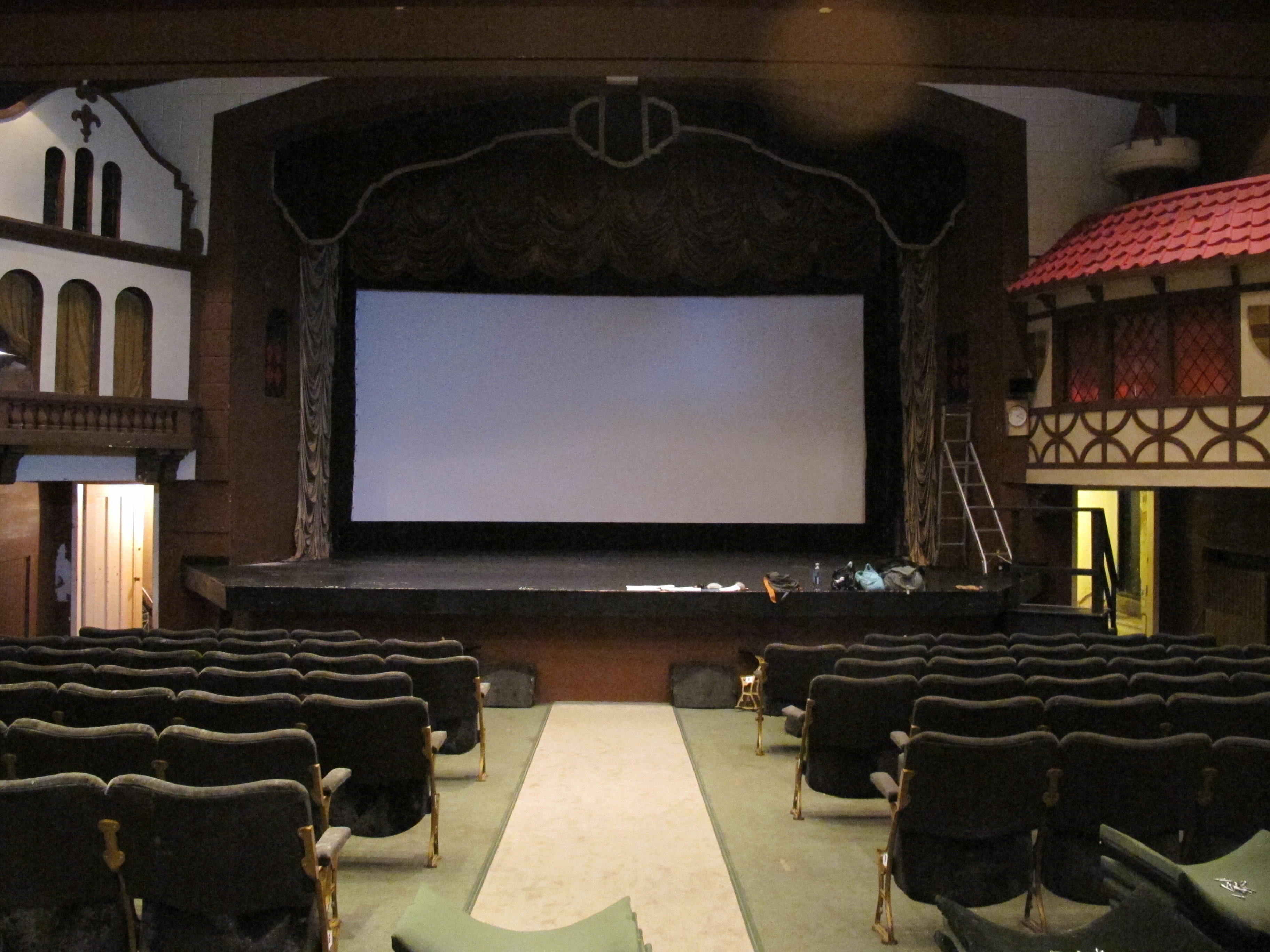 The 1934 Decoration of the Auditorium Conclusion

The 1934 alterations carried out at the Little Cinema were rather radical. The extension of the balcony provided 111 seats. A new staircase was provided to cope with the increase in numbers.
Architectural paint research suggests that in 1913 the walls of the auditorium were decorated in large painted panels (possibly in shades of buff and green. The panelled scheme was repeated once in shades of pink and blue embellished with gold leaf.
The 1934 decorative scheme is a radical modern departure from the more traditional earlier decoration. The scheme obviously aims to suggest an open-air townscape – with a light (possibly clouded) blue sky – with the walls lined with fictive sandstone blocks. The two wee houses are decorated quite plainly in a mid-grey coloured oil paint. There is no picking-out of any of the detailing apart from the red roof tiles of the Tudor castle and the cross on the heraldic shields. The scheme was extended onto the face of the stage apron with a central arch (edged in a red architrave) and two flanking windows. The use of colour is restrained and makes a subtle use of Sky Blue/Turquoise on the ceiling, pilasters and probably balcony fascia, produces a very stylish scheme. 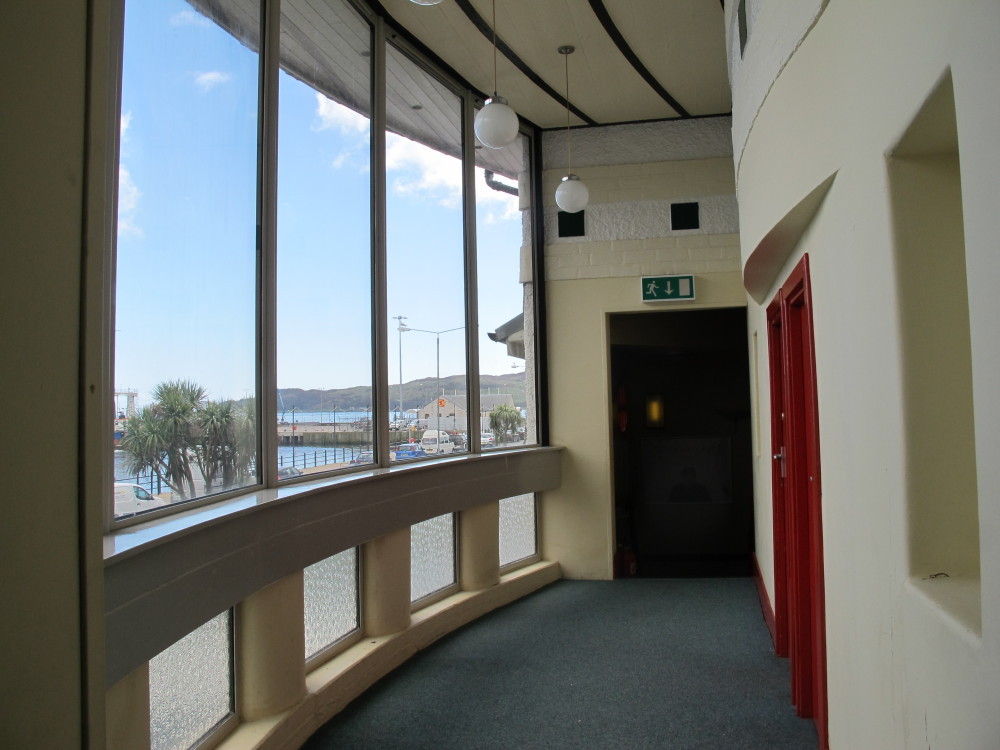