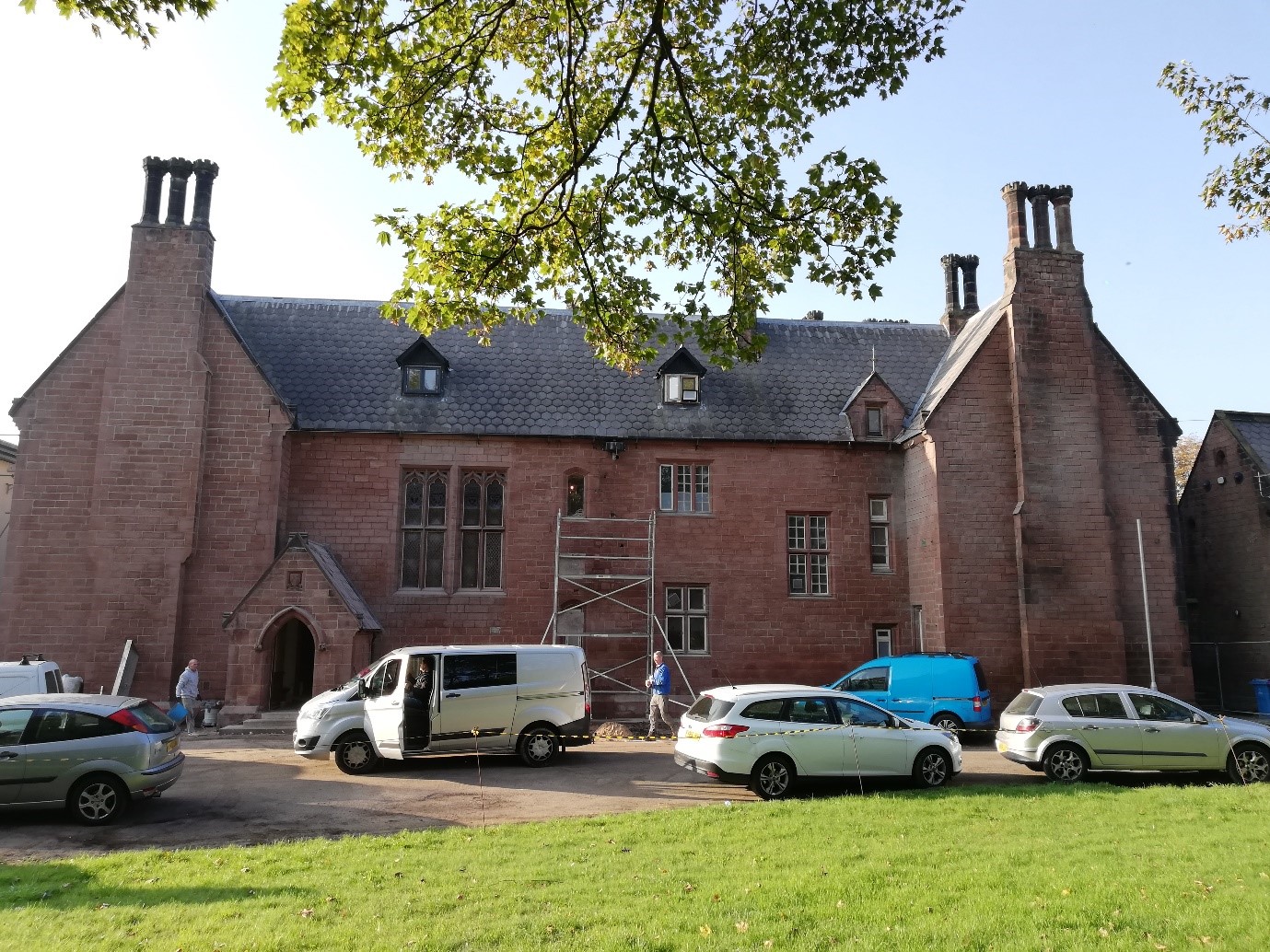 History & Brief
St Joseph’s Woolton was designed by the architect E.W. Pugin and built between 1845 – 47 in the Gothic Revival Style. It is listed Grade II*.
The ceiling of the Reception Room retains its original decoration – an ornate stencil design.

Research is required to establish the decorative history of the ceilings in four other rooms within the house areas which may have been decorated in a similar manner:
• The Main Hall (access from First Floor Balcony)
• The Library
• The Dining Room
• The Master Bedroom
The investigation will assess the condition of the original decoration in each room where relevant. 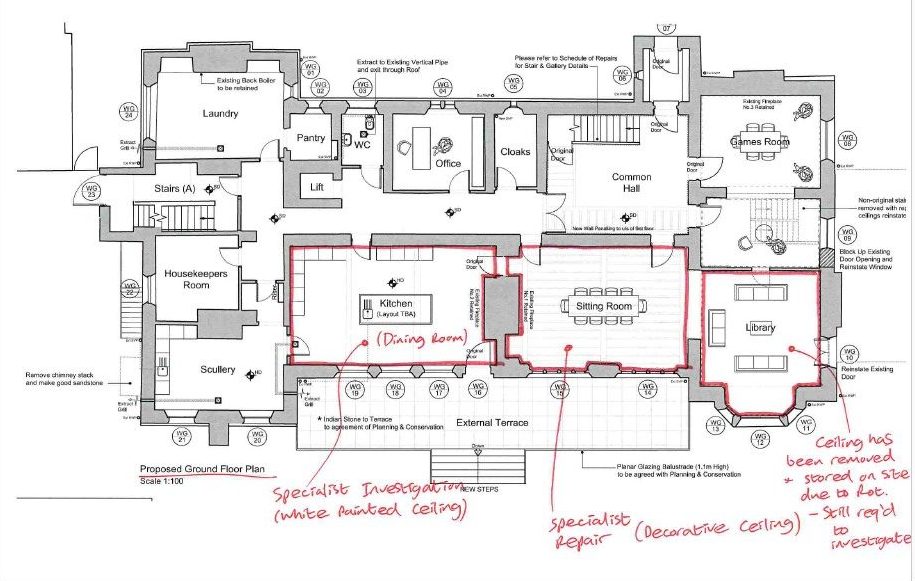 The paint investigation of the four ceiling established the original decoration of all four elements: