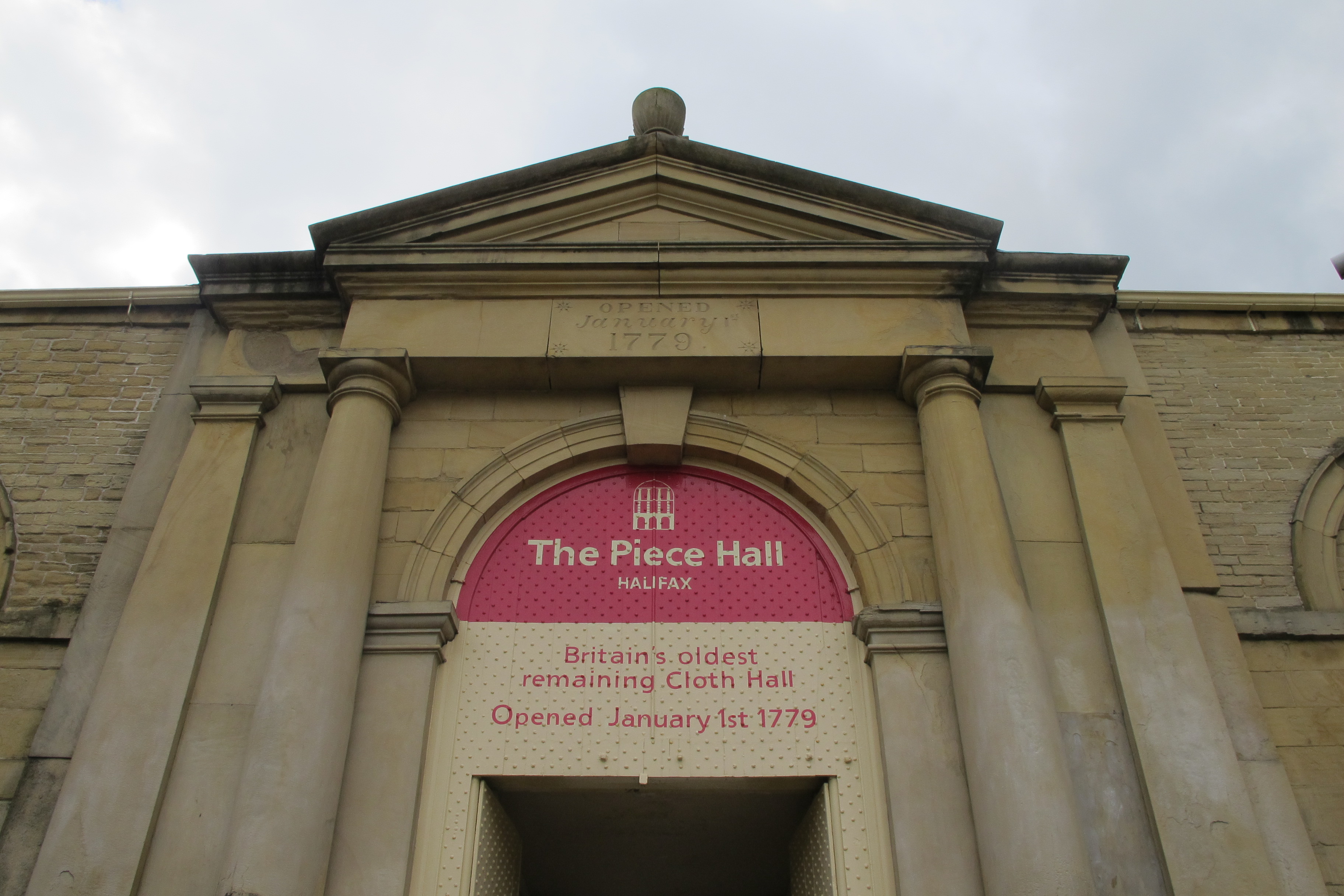 Backgound & Brief
The Halifax Piece Hall, Grade 1 Listed is the sole survivor of the great 18th century northern cloth halls, a class of buildings which embodied the vital and dominant importance of the trade in hand woven textiles to the pre-industrial economy of the West Riding of Yorkshire, from the Middle Ages through to the early 19th century. Dating from 1779, when it was built as a Cloth Hall for the trading of ‘Pieces’ of cloth (a 30 yard length of woven woollen fabric produced on a handloom), the Piece Hall was the most ambitious and prestigious of its type when built and it now stands in splendid isolation as the only remaining example. It is one of Britain’s most outstanding Georgian buildings.
‘Above all this history celebrates the central, illuminating phenomenon: the extraordinary fact that the wool merchants in a town in the West Riding of Yorkshire in the Reign of King George III wished to conduct their business in an expensive structure which consciously emulated the grandeur of Imperial Rome.’ Gavin Stamp, Architectural Historian. 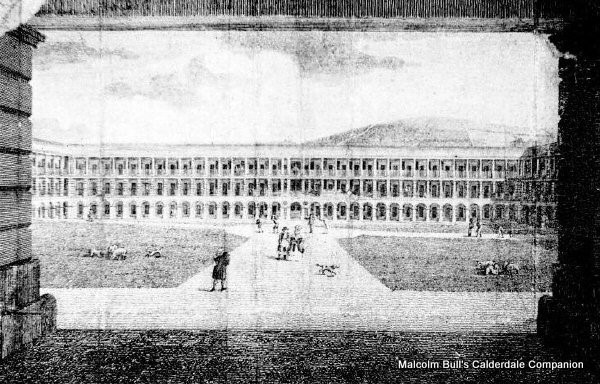 Plans are being developed to deliver a new scheme which will involve conservation of the historic fabric of the building, in some cases undoing previous interventions that used unsuitable materials. All utilities and services, including electricity supply, heating, water and sewerage and all the essential public facilities such as toilets, lifts and disabled access will be brought up to modern standards.

Architectural paint research is required to establish the original late eighteenth-century internal and external decorative paint finishes and establish the later decorative history of hall. Room 169 located on the north range of the Rustic level, is the best preserved room which retains elements of its original decoration. Research was commissioned to investigate the original decoration of this interior and the external finishes applied to the exterior elements (doors, windows, metal balustrading and balcony columns. 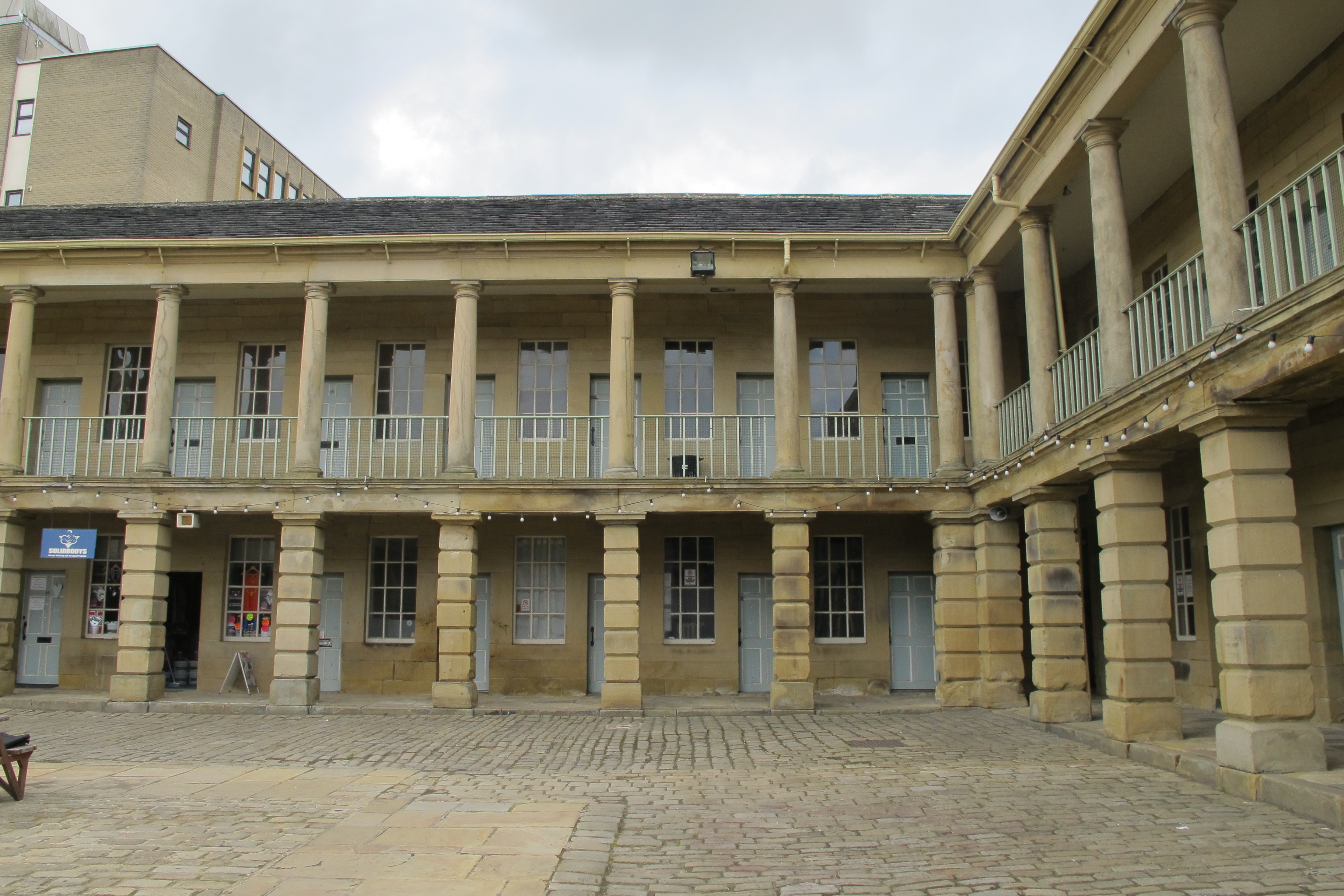 Original decoration of the interior of Room 169
The investigation of the interior of Room 169 (the best surviving example of the original layout of the original traders’ rooms) revealed the early decoration of the room. Early documentation suggests that each room was fitted with a table – possibly some type of stall or shop-counter. The room was originally finished in a plain distemper finish – a white distemper on applied to the ceiling and a grey coloured distemper applied to the walls. This decoration is visible in the door reveals. The lower section of the wall was picked out in a black distemper to create a skirting. There is evidence of the grey decoration being repeated being repeated. It is probable that this distemper decoration was applied by the plasterers as this work is not included in the painters brief. The external door face was finished in a dark brown paint oil paint. This may have been brush grained to imitate a hardwood such as mahogany. The inner face of the door retains its original hinges was also painted in a dark brown oilpaint. The door had a letter-box slot which was apparently used for the delivery of bids from customers (this was blocked at a later date). The doors were originally fitted with brass thumb latches and keyholes – it is probable that the existing lock is a later replacement.

External decorative finishes
The windows were decorated internally and externally in a white oil paint. White windows were common in the eighteenth century. The external cast iron balustrading was original painted in a light stone coloured oilpaint – this colour may have been intended to match the colour of the stone. This colour was repeated. Traces of paint were observed on the stone door reveals and the skirtings of the balcony stonework which suggest that elements of the stone were repeated painted. The ghosts of the plaques bearing the room numbers and names of the traders are visible but none of the original plaques survive.

Later Decorations – Interior
At some later date the room was decorated in patterned red wallpaper. Only sparse fragments of this paper were found on north wall at the junction of the plaster bead of the window and the wallface. This is a significant discovery as it suggests that individual traders decorated their room and that the rooms may have been used as show shows for their clients. The ceiling and wallfaces were then decorated in blued distemper. The distemper was tinted with French Ultramarine – an artificial pigment formulated in 1828 and in common use by c.1850. It is probable that this decoration dates from around 1871 when the Piece Hall was converted for use as a market hall. The walls were later decorated in a dark cream oil paint. Sections of the walls were re-plastered – probably during the 1976 restoration. The floor boards have probably been replaced.

Later Decorations – Interior
During the late nineteenth-century the windows and railing were painted in a range of dark greens. More recent post WWII decorations were in lighter green and light blue. The windows have been repeated decorated in light cream coloured paints.