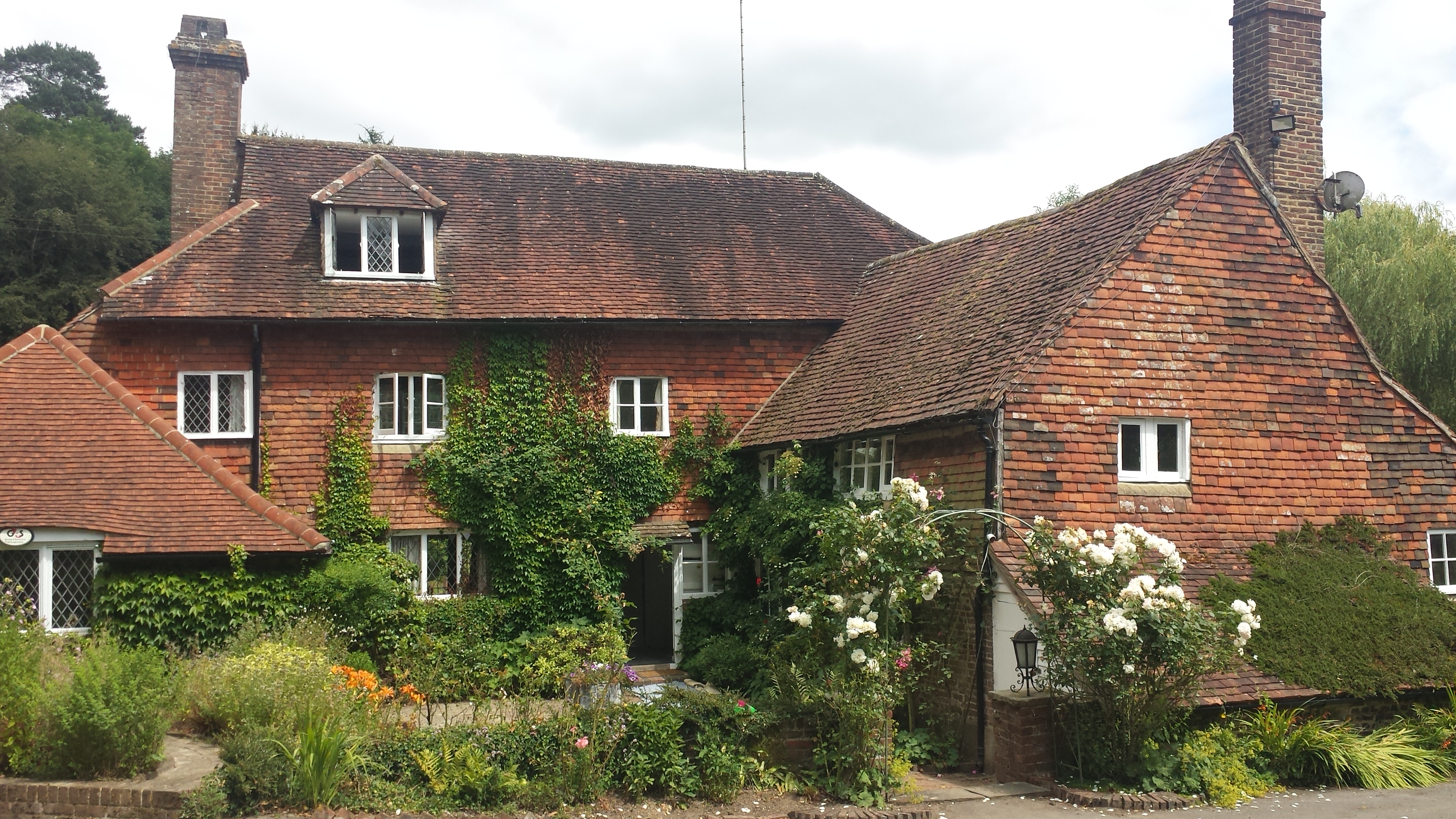 An on-site survey of the ceiling beams of Cotchford Farm, and cross-section analysis of samples of the small traces of existing paint and plaster layers on the beams, failed to find any traces of early fifteenth or sixteenth century paint. The faint traces of applied plaster and painted decoration would appear to date from the nineteenth and twentieth centuries. Recent research into early fifteenth and sixteenth-century domestic decoration of interiors  suggests that exposed wooden beams, if decorated, were generally painted using cheap lime-wash or glue-based distempers – and sometimes oil-paint. The painted decoration applied to the beams would have been carried across adjacent plaster infills (these are lost at Cotchford). At Cotchford Farm, these early paint finishes, if they existed, may have worn away in time or been intentionally stripped off at a much later date, to expose the bare surface of the wood.

The surfaces of all the beams at Cotchford Farm are very weathered. Some of the beams have been planed down to remove degraded wood. In some places, filler has been used to disguise wood loss and deep cracks. There are very small traces of later, late nineteenth-century and twentieth-century repeated applications of limewash, some coloured painted layers, a wood graining, and some layers of wallpaper. These are evidence of decorative schemes applied to the interiors during the nineteenth and twentieth centuries. At some date the beams were under plastered to provide a flat ceiling and the Drawing Room was sub-divided into a series of smaller rooms. Traces of the pigment zinc (a common paint extender used in the 1930s) were observed in some of these paint layers (under ultraviolet light) suggesting a twentieth-century application. Traces of horse-hair plaster may in places be related to the installation of early twentieth century windows.

It is evident that great efforts were made to remove these later paint layers sometime during the later twentieth century to expose the surface of the beams. The examination of paint samples taken from selected areas suggest that most of the beams, once exposed, were treated with a modern stain/varnish.

What is of special interest are the scorch marks observed on the southern beams of Bedroom 3 on the First Floor (part of the original sixteenth-century house). Scorch/burn marks are thought to have been applied for ritual or superstitious purposes either as protection against evil spirits which were thought to enter the building through window openings fireplaces, or to ‘inoculate’ against fire in a building by giving it a little touch of fire with burn marks.