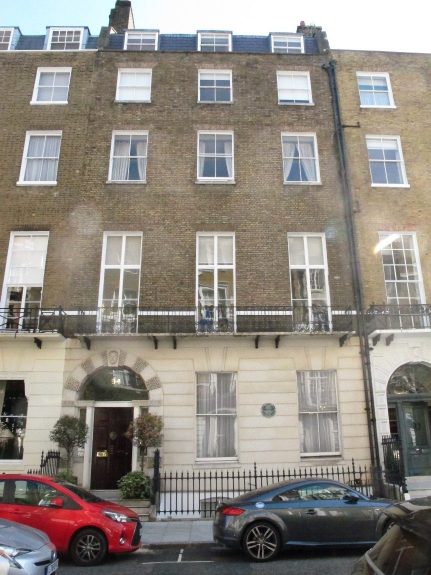 Number 94 Harley St is located at the “Upper” part of Harley Street in between Devonshire Street and Weymouth Street. The property is a grade II* listed building and was constructed in the late 18th century. The six-story terraced town house’s exterior wall architectural features are in place and no alterations are proposed, to ensure the character of the building remains unchanged. The building provides a mixed use medical and residential accommodation. The existing ground and first floors consist of medical suites; in addition, there are flats in the basement and on the second, third and fourth floors which are not the subject of this application. Architectural Paint Research is required establish the decorative history of the common areas to inform an appropriate redecoration proposal for these areas. There are no proposed changes to the fabric of the building.

Listed Building Consent is required for the proposed decoration works of the common areas of the building which include:

This building is listed under the Planning (Listed Buildings and Conservation Areas) Act 1990 as amended for its special architectural or historic interest. The northern end of Harley Street was developed by John White in partnership with others (including the plasterer Thomas Collins) c.1770. The range of houses from Nos. 92 – 112 Harley Street forms the largest stretch of surviving 18th century houses on Harley Street, albeit with alterations. All of the houses were completed and occupied by 1778. These houses are some of the largest and finest in the street, built with stables and coach houses in the mews to the rear with small gardens. The ceiling of the first floor Drawing Rooms of No. 94 were decorated with ornate plaster ceilings inset with painted roundels. 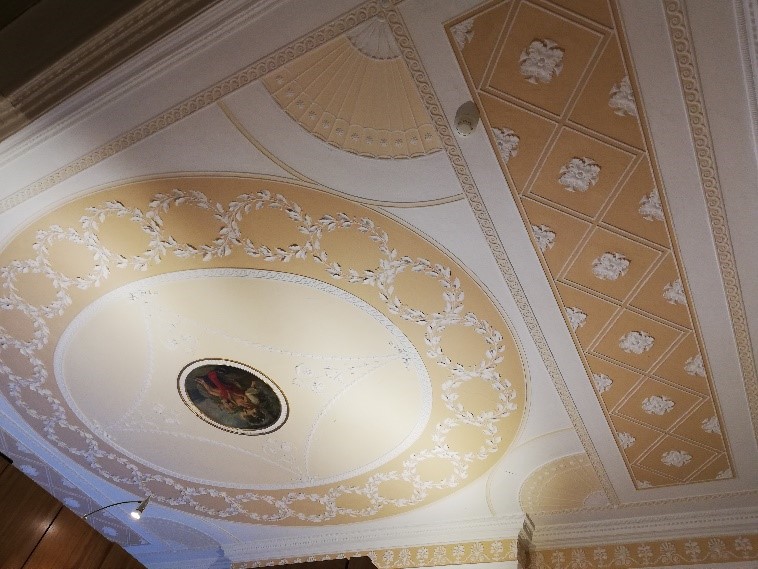 The stone staircase was fitted with a fine wrought iron balustrade. Harley Street was a fashionable address attracting aristocrats, politicians, military men, wealthy dowagers and artists. The first occupant of the house was James Kerr, a merchant with the East India Company. Later occupants included the politicians 1st Viscount of Gosford, Archibald Acheson (1742 – 1807), his son the 2nd Viscount of Gosford, Archibald Acheson (1776 -1849). Sir William Fullerton Elphinstone, director and chair of the East India Company lived in the house in the 1820s. Meredith White Townsend (1831 – 1911) journalist and owner/proprietor of the Spectator lived in the houses in the 1871 to 1891. His occupancy is commemorated with a Westminster Green plaque.

The two blocks of houses between Weymouth Street and Marylebone Road were originally known as Upper Harley Street. In 1866 the street was renamed, and the houses renumbered with odd numbers on the West and evens on the East. By this date the street had become associated with the medical profession and although the street retains a residential character most of the Georgian houses are occupied by consultancy rooms, offices with flats at upper levels, with characteristic multi-plated doors.

To date, no documentation relating to the decoration or redevelopment of the interiors has been discovered. A cursory examination of the commons areas suggests that the rear of the ground floor has undergone extensive structural alteration and the panel mouldings added to the wall face of the staircase are relatively modern. The existing decoration, the inset wallpaper on the panel beds of the Staircase, the dark red wallpaper and the vibrant colour scheme of the Waiting Room probably dates from the 1970s/1980s and does not reflect the original decoration of these interiors.