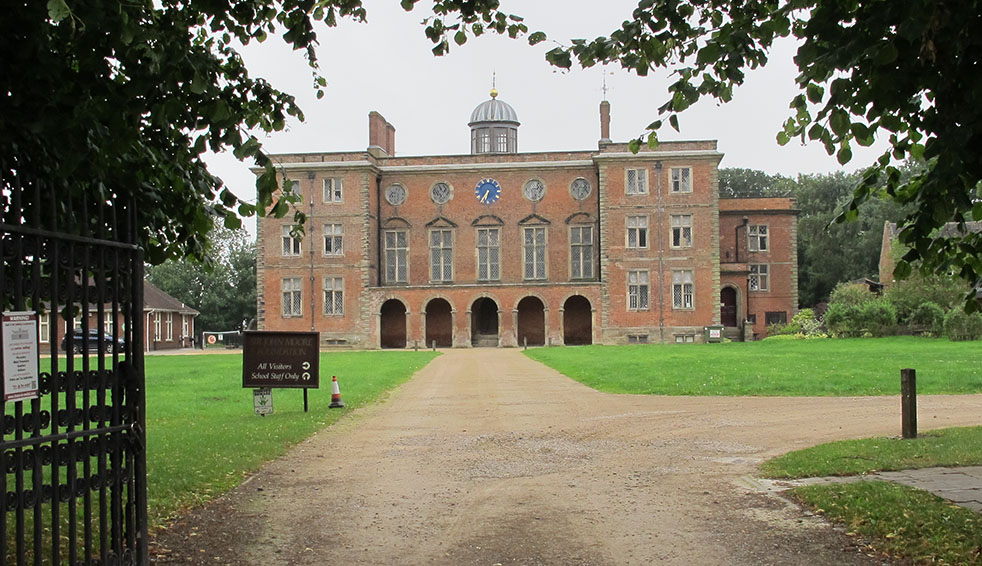 Sir John Moore School in Appleby Magna is a Grade I listed building built between 1693 and 1697. Since its completion it has been in almost constant use as a school for local children. It was funded by Sir John Moore, a local man who rose to be a successful businessman who held many important positions in the City of London, eventually becoming Lord Mayor. His statue holds pride of place on the east wall of the central hall. A design for the building was drawn up by Sir Christopher Wren, but the design was significantly modified by the architect Sir William Wilson who built the school.

Examination of the paint samples reveals that the Hall was originally very plainly painted. 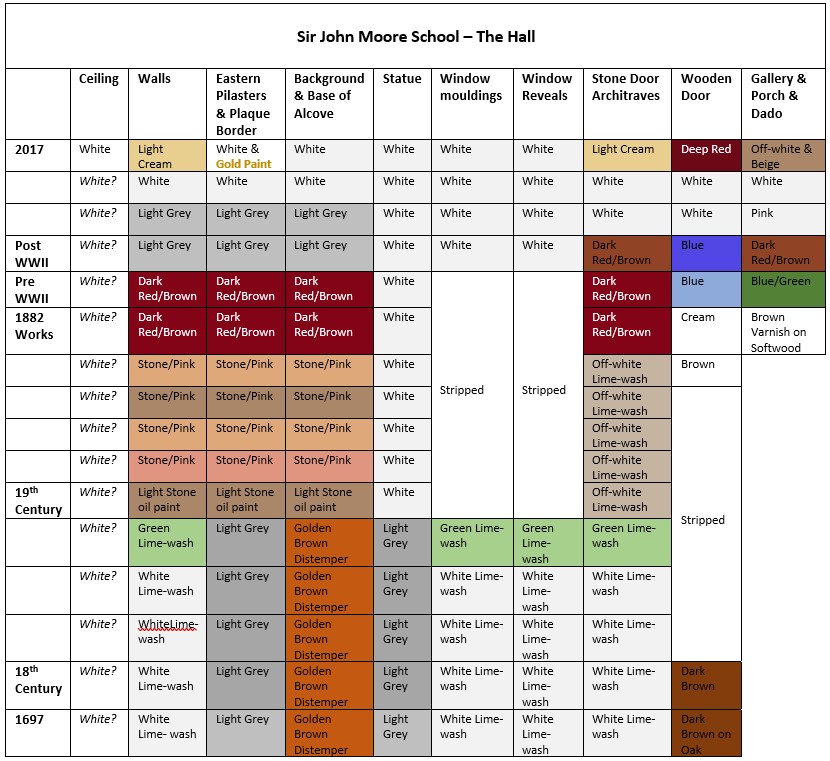